Callum won Gold in the Men’s Team Sprint in his first Olympic appearance in Rio in 2016 and narrowly missed out on the Gold in the Individual Sprint to Jason Kenny, his team and roommate.

He was inspired to take up track cycling in 2004, when fellow Scotsman Sir Chris Hoy won Gold in the Kilo at the Olympic Games in Athens. Four years after taking up track cycling, Callum broke the National 200m record for his age category was presented with the Chris Hoy Trophy by Sir Chris himself in recognition for this achievement.

Callum’s latest venture sees him partner up with teammates Owain Doull and Philip Hindes to provide a sustainable coffee option which has become extremely popular in recent years.

Callum’s passion for cycling all began at Meadowbanks Velodrome and the coffee bar within Meander Apparel has actually been created from timber that was salvaged from its demolition in 2018.

Graham + Sibbald wish all the very best to Jill and Steven from Meander Apparel with their first shop and look forward to stopping by for a look around and a coffee. 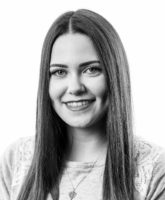 In 2019, the UK became the first major country to legislate for a net-zero target…