Graham + Sibbald are delighted to have been appointed to provide Contract Administration and Architectural services to the Science Skills Academy (SSA) in the creation of a Newton Room facility in Dingwall.

The Science Skills Academy is a partnership project led by Highlands & Islands Enterprise (HIE), with £3M from the Inverness and Highlands City-Region Deal. The appointment of Graham + Sibbald to this project follows on from the Team’s successful delivery of the first Newton Room in the UK, located within North Highland College UHI in Thurso. The Thurso facility being the first of a planned network of five such Newton Rooms throughout the Highlands, and was officially opened by Richard Lochhead MSP, Minister for Further Education, Higher Education and Science, on Monday 25th March 2019.

Newton Rooms are a Scandinavian concept designed to inspire more young people to become interested in Science, Technology, Engineering and Mathematics (STEM), and encourage them to study these subjects in school and beyond through high quality, hands on science-based activities. 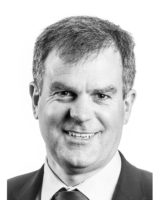