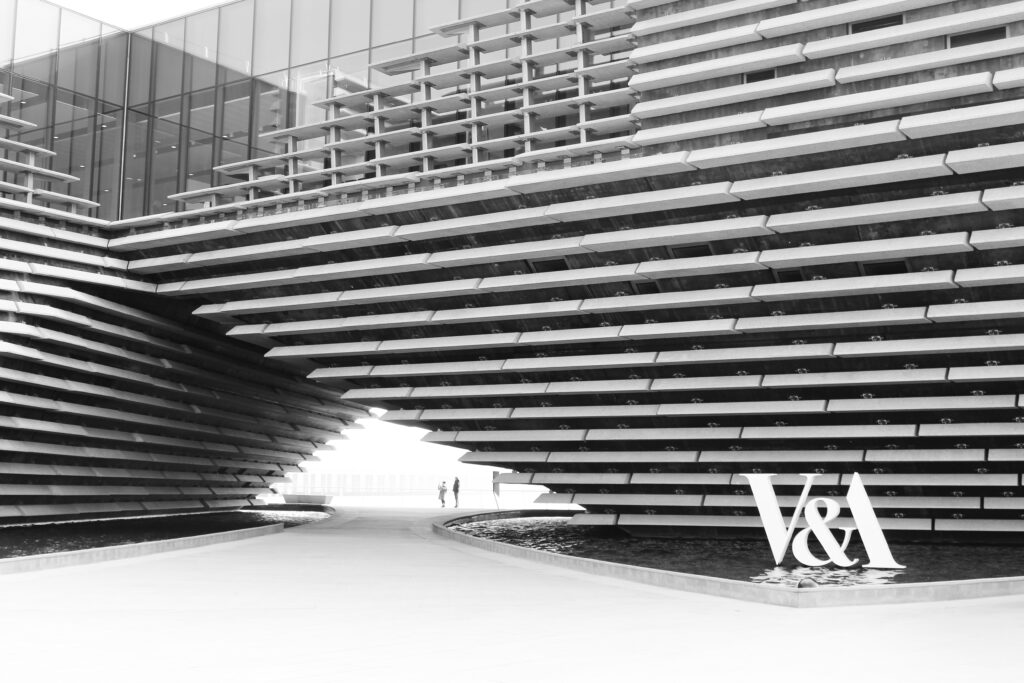 Dundee is famously at the top of its game at the moment. The plans for the V&A Dundee, hatched in 2007, finally came to fruition in September last year with the opening of the museum to much – deserved – fanfare and 500,000 visitors had already passed through its doors by April this year. At the same time, the £1 billion Waterfront development surrounding it is undoubtedly a landmark in urban regeneration, though its Site Six has proved unpopular with some residents.

Entrepreneur Tim Allan was announced as the new Chair of the Board of V&A Dundee on Monday; the owner of Unicorn Property Group which has invested significantly in the Waterfront over the past decade, Allan is the President of Scottish Chambers of Commerce and is also on the board of the Archangels investment syndicate.

Look beyond the city itself though and life goes on in the wider region – while admittedly not in the same glare of publicity. Andrew Dandie heads up Graham and Sibbald’s commercial department based in the Dundee office, while also covering the wider Angus area and North Fife. He noted that the area has experienced some difficult times but commercial property firms have continued to work assiduously with key customers to maintain good levels of business.

He pointed to positives such as the completion of the Aberdeen Western Peripheral Route, which opened earlier this year and has provided the Angus industrial market with significantly reduced journey times to the main commercial areas of Aberdeen.

Last month JJKS Estates, based in Brechin, reported that recent property acquisitions by the company had opened up opportunities for companies in the oil and gas sector in Angus and director Kevin Mackie said that the uplift in the wider energy sector is filtering through to the commercial property sector.

Dandie agreed that the industrial sector is set to see increased and continued activity in the Angus market, highlighting Montrose which had to weather the crash in oil prices in 2015 and 2016 but has been boosted by the significant renewable energy opportunities presented by servicing major wind farm developments such as Red Rock Power, EDF and Seagreen.

Zero Four is a 123-acre mixed-use development with direct access from the A92 and will feature offices, warehouses plus restaurants and a hotel.

Graham and Sibbald also believed a “significant number” of full and part-time jobs could be created as demand for new, purpose-built retail units in the Arbroath area grows and proposals were submitted last year to Angus Council for a multi-million-pound development at the Elliot Industrial Estate.

This, said Dandie, will attract retailers of a scale who cannot find accommodation to suit their requirements in the high streets of towns in the area, which have retail challenges that are familiar throughout Scotland.

Last year Lotus Property, a Northern Ireland based property investment company acquired some one million square feet of industrial and the other space in a £60 million deal that was mainly located in Dundee, including West Port House.

However, the city’s office market, Dandie says, has not seen significant development apart from on the Waterfront, where the £14m Earl Grey building houses offices and retail units – and, of course, the new Dundee One (River Court), the Grade A development by Jute Properties. Jute and Co is a new working space occupying the top floor of the building, a concept developed by Jute Properties’ MD Jeremy Dixon to offer flexible co-working space.

“Rolling out from Glasgow and Edinburgh there is a continuing demand for co-working and the top floor of Dundee One is of a very high standard – the type you’d see in London,” said Dandie. The building has super-fast fibre broadband and data transfer, reception, mail and packaging handling and printing facilities. Saracen Interiors planned, designed and managed the space fit-out of Jute & Co as the main contractor with interior design duo Salvesen Graham.

“We see this an extension of what’s happening in other cities as collaborative working continues to shape the economy with more flexible, agile working practices providing small and medium events spaces and meeting rooms and allowing companies to easily contract and expand without the constraints of a long lease,” said Dixon.

Water’s Edge, the redevelopment of one of Dundee’s original transit sheds, known as ‘Shed 25’ and situated between Camperdown Dock and Victoria Dock at City Quay is a recently opened commercial office development by Tayforth Properties. The brainchild of co-owners and Scottish tech entrepreneurs Chris van der Kuyl and Paddy Burns, it’s another example of the growth in services and furnished office space.

There are of course challenges, not least the announcement last year that tyre manufacturer Mitchelin was to close its Dundee factory, with the loss of some 850 jobs; a task force headed by Scottish Enterprise is exploring ideas to secure the future of the site.

But Dandie pointed to the oil and gas decommissioning activities by Shell at the Port of Dundee. He said: “I think there is going to be more on the decommissioning front, I see a lot of activity there and the city has an important role as a distribution hub with companies such as Amazon Logistics and Hermes.”

And while he says it is difficult to quantify the benefits the Waterfront development has so far brought to the city, he adds; “There have been significantly more inquiries recently, primarily from Edinburgh and Glasgow, but also from South of the border.”